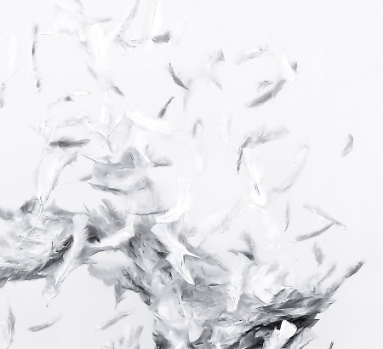 PLAISTOW:
Named after a song of Squarepusher, these three young musicians of French and Swiss origin play a music style which is hard to define. Thinking one is listening to jazz, the music suddenly mutates into semi-electro. One just managed to filter out a melody when it disintegrates into coarse, metalic splitters. Rock on the one side, on the other minimalism à la Steve Reich, and in the midst an highly willful trio which has been plugging and playing away in virgin soil the last five years: a genuine discovery.

liner notes by Brian Morton
What do we mean by ‘post-jazz’? What do we mean by any cultural phenomenon that defines itself as ‘post-something’? The situation is much clearer with a movement like Pre-Raphaelitism, which simply attempts to re-set the clock at a particular moment in creative evolution and ignore the distracting or corrupting influences which followed it. That is purism of a sort, conservatism of a sort. It is green-field thinking rather than apocalyptic. It doesn’t pick through the ruins. We may be almost done with ‘post-modernism’ as a cultural descriptor. It means different things in different contexts and to different people, but it shares certain common characteristics: a playful collapsing of genre and a further assault on the distinction between ‘high’ and ‘low’ art; it marks the end of consensus as far as ‘dominant’ style is concerned; it tries to bring to inscribe a full stop to a long, usually tacit debate about whether art is part of life and society or whether art has to separate itself from lived life and from society conceived as something more than a sum of individuals. When one gets really down to it, though, post-modernism seems to be nothing more than an episode of late modernism, or if you prefer, late, late modernism. Its concerns are not so very different from those which hovered round the Armory Show or the riotous premiers of Le Sacre du printemps, both of which mark their centenaries next years [1913]. Its values are not ‘after’ anything in both the chronological and the vernacular English senses of succession and intention. It has no destination, utopian, nefarious and anything else. It simply is, in an undifferentiated present. Post-modern artists sort through the rubble – Eliot anticipated this in The Waste Land – and use what they want in whatever combination they want.
So what of post-jazz, which is what Plaistow is alleged to play? Is it simply a late episode of a 20th century art form which some believed could and should not survive the end of that century, or is already something different and beyond? It is easy enough to hear in Plaistow’s music, right from the early [2007] Los Criminales Reciclados en Conductores de Autobuses a reassuringly ‘eclectic’ blend of Cyril Bondi’s ‘jazz’ drumming, Raphaël Ortis’s ‘heavy’ bass (which perhaps takes more from British rock – McCartney, Entwistle, Bruce, Squire, Fraser, Squarepusher/Tom Jenkinson – than from American funk) and Johann Bourquenez’s trance-minimalist piano playing (which has connections with Glassworks-era Philip Glass and In C-era Terry Riley than with Bill Evans), but eclecticism is far too easy a label and is really only the result of a decision to hear this music in a particular way, as a coming together in loose constellation of disparate elements.
Considered from the inside out, Plaistow’s music, and particularly the music on Lacrimosa, emerges as something rather different, rather newer and rather more likely to answer the logic of an expression like ‘post-jazz’. There is not much here of theme development and variation, swing, syncopation, or the emotional logic that says jazz is the aural mark of a discrete personality expressing itself without fetters. Nor is Plaistow simply another ‘piano trio’, on the model set down by Art Tatum, Teddy Wilson, Bud Powell, Thelonious Monk, Evans, Keith Jarrett and in the present era, e.s.t., The Bad Plus, The Necks (though there are resemblances here) and a score or more ‘name’ trios. The best of these invariably manage to be something more than a piano player with rhythm, or lead bass and featured drums with appropriate accompaniment if the nominal leader favours those instruments. Plaistow, though, always sounds like a group that existed before the instruments were chosen. There is not much ‘instrumentalism’ about the long title piece that dominates Lacrimosa. It is music that has to be played and that happens to have found its means, rather than the other way round. It is music that explores the nature of duration (Bergson’s durée) but without indulging in the ‘durational’ or ‘immersive’ antics of a great deal of contemporary music, which simply attempts to hold the listener prisoner until it arbitrarily stops. Bourquenez establishes a pattern that could go on forever, or simply be repeated in the manner of Satie’s provocative Vexations, but Bondi and Ortis set up time-frames that strongly suggest the piano isn’t necessarily the straw-boss here. ‘Lacrimosa’ could go one forever, but just as crucially it could stop at any moment which is what distinguishes this music from the virtuosic process playing of The Necks. Wonderful as that group is, one does sense that once the point has been made, the music simply becomes a working-out of a pre-existing logic. One doesn’t feel that with Plaistow, who give repetition an air of unpredictability and sudden transitions an impression of sufficiency and inevitability. It’s a very daring enterprise and one that is extremely hard to pull off.
I think this is post-jazz, a term that I normally abjure with the kind of contempt otherwise reserved only for ‘Nu-Jazz’ or, God help us, ‘lite-jazz’. It comes after something, that longue durée of piano trio jazz sketched above. If it has more in common with the category-busting aesthetics of rock, in its creative manifestation, but this too is deceptive. Rock is always iconoclastic, but often fails to find new uses for the broken idols. Bourquenez, Ortis and Bondi have fashioned a new music, something that has geological connections with recent history and past achievements but which sets out on its own course and with no settled destination. In that sense, it is ‘after’ nothing. In the other sense, it comes at the end of a history which will continue to reverberate and continue to absorb thousands of people, artists and consumers alike. The real action, though, lies elsewhere and while Plaistow seem to play with the most conventional of means – piano, bass, drums, rather than laptops or haptic interfaces – they do so in quite new and original ways. Post-jazz.