Rova ‎– This Time We Are Both 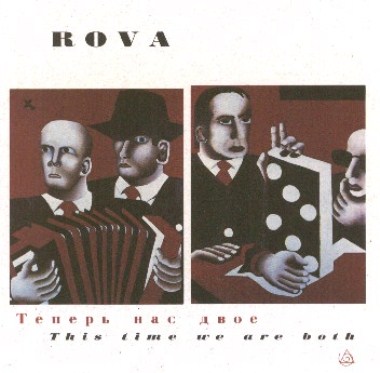 The 12th annual Leningrad Jazz Festival was well underway when Rova Saxophone Quartet inaugurated its 1989 tour of the Soviet Union with the first of two performances in Lensoviet Concert Hall. Six and a half years had passed since Rova had first penetrated the "Iron Curtain" for a three-city Soviet tour, documented on the hatART recording "Saxophone Diplomacy" and a video of the same title. In June, 1983, Rova had been invited by the offically banned Contemporary Music Club of Leningrad, and had been forced to play literally underground - in the basement of the Dostoevsky Museum. By mid-November 1989, much had changed: Rova was being sponsored by Gosconcert, a department in the Soviet Ministry of Culture, and its 23-member entourage of musicians, friends, family, writers, artists, poets, photographers and engineers, was being escorted by young Russian guides who were openly critical of both their government and the havoc wreaked on their society by 70 years of state socialism. We heard frank stories about black market car lots, ten-year waiting lists for apartments, the cultivation of "connections" for special favors, and the failure of Leninist ideal. "Next they are going to run out of electricity," quipped our tour leader, Misha, when our bus transportation was jeopardized by a gasoline shortage in Latvia ...