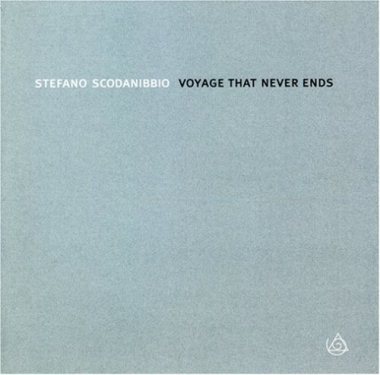 I haven't heard better double bass playing than Scodanibbio's. I was just amazed. And I think everyone who heard him was amazed. He is really extraordinary. His performance was absolutely magic.
--John Cage, in Musicage

Scodanibbio travels the world with his double bass and performs for spell-struck audiences. He is recognized as the leading proponent of his instrument for contemporary composition and was for many years the colleague and collaborator of Giacinto Scelsi and Luigi Nono. Dozens of works have been written for him by such composers as Bussotti, Donatoni, Estrada, Xenakis, et al. He has written over 30 works for strings, and his quartet was recorded by the Arditti for Auvidis Montaigne. He tours extensively with Terry Riley and is equally at home in classical and improvised music. This disc represents a suite of compositions that he has been performing for ten years, and it will redefine what people consider to be the double bass.
This recording was made direct to two track on November 18-19, 1997 in Modena, Italy.

Scodanibbio is quite simply a magician of his instrument. His exquisite tone, nifty arabesques and, most importantly, range of percussive effects are all devastating. Make a note of the name, and learn how to spell it, because if there's any justice it should crop up pretty regularly from now on.
--The Wire