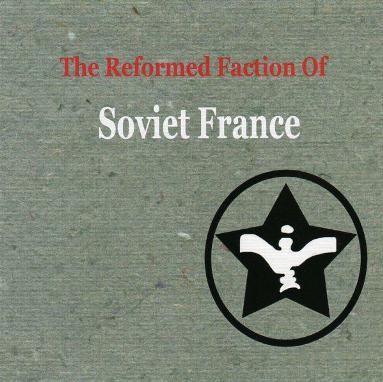 Reformed Faction is a musical group formed in 2005 by three former members of Zoviet France: Andy Eardley, Mark Spybey and Robin Storey. The band’s original name was The Reformed Faction of Soviet France. They played one concert, in Vienna on 10 November 2005, and released a self-titled album on the Vienna-based Klanggalerie label. In 2006, they announced that they were to continue the project under the name Reformed Faction in order to detach themselves from the name Zoviet France. The album was re-pressed under the new name and given the new title Vota. In the same year, Andy Eardley departed the band. They subsequently toured East Germany and recorded a second album, The War Against, for the Soleilmoon label. They have also recorded a triple album for Soleilmoon, released in 2008. The band continues today as a duo of Spybey and Storey.