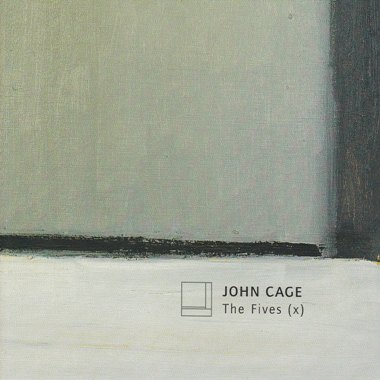 The Number pieces of John Cage are exceptionally beautiful works. For the listener who has heard of John Cage as the “enfant terrible” of music, this may come as a surprise. Seen within the total of Cage’s work they are in fact, not exceptions – many, many of Cage’s works convey extraordinary beauty in a conventional musical sense.

The beauty of this music is both reason enough AND not reason enough to be recording it. The music industry has brought out recordings of nearly all of Cage’s work – why does one “add” to this repertoire? We have chosen to make this CD because we believe we can add to this repertoire in the manner we perform/record it, our insight into the scores themselves and by an intelligent programming of this repertoire so as to bring a new understanding of Cage’s compositional thinking.

Two pairs of numbers for each activity or pitch module indicate duration in these pieces.

Directions in each of the Number pieces are both similar to all the others - but also contain slight differences.

In a sense, all of Cage’s Number pieces form a single work with many different parts (or “movements” in conventional terms). In this instance, each “movement” has a different instrumentation but the new movement/piece is nevertheless related to all others in the series just as in earlier music – suites, for instance – differing dance styles were utilized for each movement to nonetheless create a totality. In a suite, however, the instrumentation was always constant. For me, in the Number pieces, the interest for a listener seems to reside, long term, in beginning to appreciate the subtle difference of character, choices and organisation within — and between — each of these works. The sensibility is the same as viewing/ knowing a series of prints by a visual artist – there
is an understanding of the whole series but also an appreciation of the variation within each single print with respect to the others.

I would like to quote the final paragraph from James Pritchett’s marvelous book wherein he concludes about the number pieces :

“These works are so beautiful because they return to John Cage’s compositional strengths: concentration, spaciousness, simplicity. Because each bracket contains a single sound, there is an intensity to each and every note, a focused concentration to every event. Nothing here is “filler”, every note is meant deeply. The silence surrounding the sounds is crucial: it provides both the floating quality of the time brackets and the spaciousness that Cage loved and had sought out ever since the Concerto for Prepared Piano. Finally, because the materials are so simple – single long tones – the relationships among them can arise of themselves, can spring forth from silence. The music is effortless and transparent. These are all qualities found in some of Cage’s most inspired music over the course of his sixty year career as a composer: Music for Marcel Duchamp, Sonatas and Interludes, String Quartet in Four Parts, the third movement of the Concerto for Prepared Piano, Variations II, 0’00”, Cheap Imitation, Inlets, Ryoanji (to name my personal favorites). In these final works we continue to hear John Cage, the composer, speaking with his own unique and marvelous musical voice.”

Five(x) is a recording of all of Cage’s pieces for
5 instruments from his Number series of works.