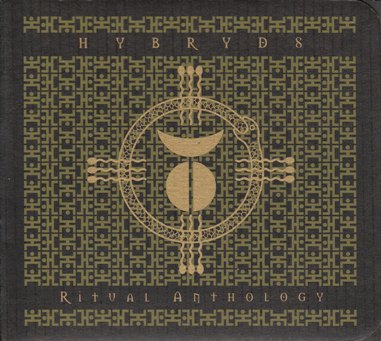 With this CD Aquarellist is proud to present the anthology of early ritual works of this fabulous Belgian project. This music immerses the listener into the space of RITUAL - the magical action aimed to reach the goals beyond the borders of the ordinary world. An action evoking deeper layers of consciousness, deeper memories not active in our everyday life. An action that helps to reveal our potential as powerful and miraculous creatures.

Hybryds present their visions of rituals in the form of rhythmical compositions built on repetitive percussive loops crowned with layers of numerous archaic instruments, aided by vocal spells and atmospheric soundscapes with minor electronic additions.

This material was recorded in 1986-1993 by Magthea & Yasnaia with the help of their friends: Ah Cama Sotz, Djen Ajakan Shean, Vidna Obmana, Clive Richards, Irae Deprofundo and Bobby Colombo. Three tracks from this CD were previously released on "The Rhythm Of The Ritual" CD (Charnel Music, 1994), one track was released as "The Ritual Should Be Kept Alive - Part 1" CD EP (3RIOART, 1991), and three other tracks are released here for the first time.

Recorded between 1986 and 1993.
Digital re-mastered 2009 by 3RIOART vzw from original material recorded on 4 track cassette and recordings live to DAT.