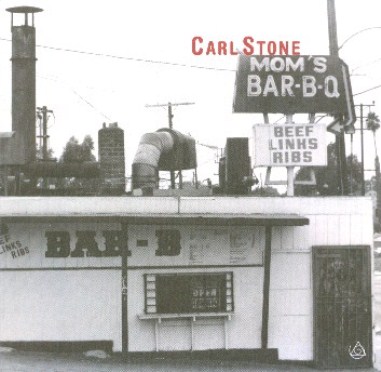 Carl Stone was hailed by the Village Voice as "one of the best composers working in the country today." Born in Los Angeles, he studied composition at the California Institute of the Arts with Morton Subotnick and James Tenney and has composed electro-acoustic music exclusively since 1972. His works have been performed in the US, Canada, Europe, Asia, Australia, South America and the Near East. A winner of numerous awards for his compositions, including the Freeman Award for the work "Hop Ken", Stone is also the recipient of a grant from the National Endowment for the Arts for his radiophonic composition "Se Jong".
In 1984 he was commissioned to compose a new work premiered as part of the Olympic Arts Festival. In 1989 he resided for 6 months in Japan under a grant from the Asian Cultural Council and in that same year, The Museum of Contemporary Art, Los Angeles, commissioned a new work, "Thonburi" as part of the radio series "Territory of Art". In 1990 he was commissioned to create music for a 60-minute program for ZDF Television in West Germany entitled Made in Hollywood, and also by the Music from Japan series (New York) to make a new work for koto and electronics to be premiered by Kazue Sawai. In 1991 he received separate commissions from Michiko Akao ("She Gol Jib", for traditional Japanese flute and electronics), Sumire Yoshihara ("Rezukuja" for percussionist and electronics) and Sony PCL ("Recurring Cosmos" for High Definition video and electronics, which was awarded special honors at the International Electric Cinema Festival in Switzerland). In 1992, he was commissioned by Toshima-EMI to create an original score for the CD-ROM "Over-Ring-Under" in collaboration with the visual artist Teckon.
Collaborations include those with Yuji Takahashi, Setsuko Yamada, Kazue Sawai, Aki Takahashi, Michiko Akao, Rudy Perez, Stelarc, Z'ev, Bruce and Norman Yonemoto, Tosha Meisho, Hae Kyung Lee, Teckon, and Mineko Grimmer.