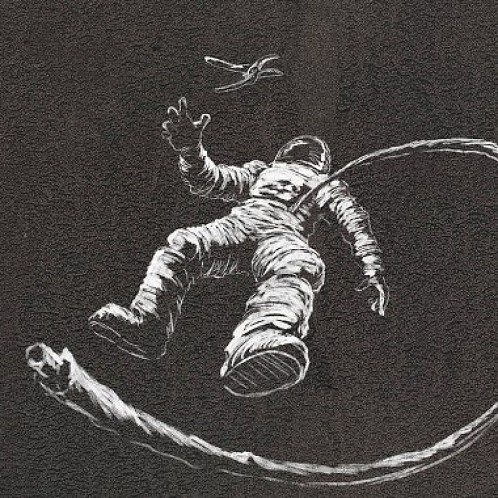 In 2019 S3P performed at the Moscow Music Week a new concert program with their theme music to the first Soviet sci-fi movie "The Space Voyage" which was released in 1936. Secrets of the third planet made its own version of the music for it, giving the film new musical colors in a space-electronic sounds.
About movie - Two spaceships were named after Soviet leaders Joseph Stalin and Kliment Voroshilov. Young Astronauts travel to the moon and enter liquid-filled chambers to contain the impact of takeoff and landing. The technical side of the film was consulted by Konstantin Eduardovich Tsiolkovsky himself.
Fantastic Novel was filmed as a silent film and was released only briefly in early 1936, before being withdrawn from circulation by Soviet censors who felt that the animated sequence of astronauts jumping on the moon surface in low gravity was the opposite of the spirit of Socialist Realism. ".
The S3P soundtrack clearly illustrates images and soundscapes for this silent movie.