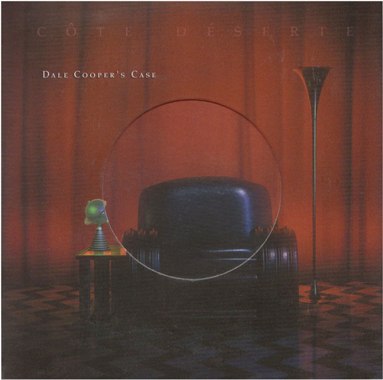 A Moscow - St.Petersburg based project inspired by Angelo Badalamenti's score for the "Twin Peaks" TV series. The project's music is a cocktail made of jazz, ambient and modern experimental music which will appeal to the fans of such bands as Dale Cooper Quartet And The Dictaphones, The Necks, Bohren & Der Club Of Gore, No-Man, etc.

"Dale Cooper’s Case" is the long awaiting mini-album by Cote Deserte, a duo from Russia.

While working on their full length album guys decided to not to pull back their demo material which was based on amazing work by Angelo Badalametni for David Lynch’s Twin Peaks TV-series and the movie.

Cote Deserte’s album is so much dark and jazzy as the mood that was given us by Badalamenti.

With some ambient and noise experiments this CD brings an additional page to Twin Peaks world, telling a story of Dale Cooper (main character) and unique atmosphere of The Red Room.

Fans of dark ambient will be pleased as well as fans of thoughtful, slow-motion music.

With help of their friends this album also has two special tracks: reworks by Ilia Belorukov, famous avant-garde saxophonist from St.-Petersburg, and Dmitriy Krotevich – experimentalist, known for his work in Punktieren project.